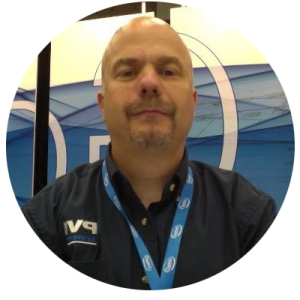 Will is a founding member of PVI Systems and held the position of treasurer of the company from 1999-2013. Since 2014, Will has held the role of President. Will’s duties at PVI have ranged from engineer to project manager on jobs from $5,000 to $2,000,000. He holds a bachelor’s degree in electrical engineering from State University of New York Maritime College, and a master’s degree in electrical engineering from Rensselaer Polytechnic Institute. Will has been a certified LabVIEW developer since 1990.

Drawing on his maritime background, Will worked for Sperry Marine Systems on Trident 2 Fleet Ballistic Submarines in hardware and software aspects of the navigation systems. After leaving Sperry, Will worked for two companies associated with the Naval Underwater Warfare Center in New London, CT and Middletown, Rhode Island. This work involved hardware design, signal processing, and software development.

After leaving the defense industry in 1999 he was one of the founding members of PVI Systems. Here he pulled all his various industry experiences into developing custom software and hardware solutions for manufacturers and research laboratories. 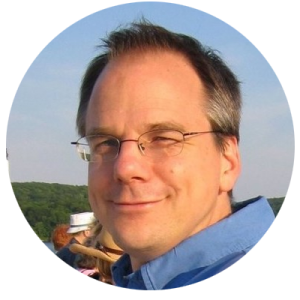 As one of the founding members of PVI Systems, Wayne has held the role of Company Secretary from its founding in 1999 to the present day. Along with developing the DAAS Dual Arm autosampler for Pfizer, Inc., he designed, developed, and managed the manufacture of FiberQA and AVIT inspection systems.

Wayne is also a founding member and current President of Sound Analytics (SA) - a sister company of PVI Systems founded in 2006. Under Wayne’s leadership, SA developed DiscoveryQuant, an industry standard software solution for drug discovery, and the ADDA high throughput autosampler with Apricot Designs. Both systems are used in labs worldwide. In addition, he developed, manufactures, sells, and supports the LS-I, a high throughput autosampler used in drug discovery labs throughout the US.

Wayne’s early career included the position of Design Engineer for Electric Boat where he designed and analyzed automatic control systems using both classical automatic and adaptive control techniques. He also performed design evaluation of SSN 688 Class submarine titanium engine room heat exchanger and was Ship Superintendent on the USS Pennsylvania Trident Class submarine. As a Design Engineer at Structured Technology Corp, Wayne designed, developed, installed, and performed at-sea testing and evaluation of a real time system that performed all the signal processing of the AN/SQS-26CX sonar system from beamformer to the onboard displays on COTS hardware.

Prior to founding PVI Systems, Wayne designed and developed sonar and control systems including system modeling and simulation at Analysis & Technology. As a Principal Engineer, he developed active noise cancellation systems on commercial off the shelf (COTS) hardware and designed automated test systems for the Aerospace, Industrial, Medical, and Pharmaceutical Industries.

Nate is one of the founding members of PVI Systems. Nate has been certified as a LabVIEW Developer, LabVIEW Instructor, and LabVIEW Architect for over 15 years.

PVI’s expert staff brings a wealth of technical and business experience from leading research and manufacturing companies in the pharmaceutical, computer, communications, and consumer goods industries. Throughout their careers at PVI Systems, our engineers continue to strengthen and broaden their areas of expertise, researching and applying the latest technologies to provide customers with the best and most efficient solutions possible.